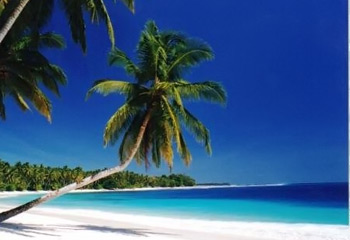 Mentawai is group of islands settled in Mentawai regency, West Sumatra province. Mentawai archipelago includes four large islands namely Sipora Island, Siberut Island, North Pagai Island and South Pagai Island. Siberut is the largest island, and the only Island that has a regular shipping service that connects with the Siberut island of Sumatra, especially Padang. From the moment you arrive on and see the white coral beaches, ancient rainforests and hear the cheeky black gibbons playing in the trees you’ll find it hard to resist falling in love with the place. This Siberut island is home to a rich array of bio-diversity which has earned it designation as a UNESCO biosphere reserve.  As the largest island, the town and administrative center is also located on the island of Mentawai, precisely in Tuapejat city that located on the North side.

The islands in the Mentawai is the culmination of a "back" on the underwater mountain range. Besides, the location of the islands is also located off the coast of West Sumatra province and surrounded by the vast Indian Ocean. The existence of the Mentawai islands that located in the middle of the vast ocean, making Mentawai beaches have known for clean sand and beautiful scenery, while the waves are also good, especially for surfing.

There are at least 400 points of surfing spots in Mentawai islands, from the middle waves up to the most challenging waves in the world that been looking by the surfers. Hence, because of the good waves around the ocean, it often held world-class surfing event, and also to promote the Mentawai tourism.

Moreover, Bosua village is one of destinations among the world-famous surfing waves in the village of Bosua, it reaches 3 meters that making it suitable for those who like adrenaline rush. Bosua village can be reached by speedboat from the capital districts, Tuapejat and it takes about 4 hours.

Local people have a strong spiritual relationship with the forest with a belief system that emphasizes harmony with creation. It is believed people first came to inhabit these islands at least several thousand years ago. Most anthropologists classify the Mentawai people as Protomalay which means they have a mostly Neotlithic culture but have not been effected by Buddhism, Islam or Hinduism.

There is Sebaung Merauke Air flies between Padang and the Mentawai islands. It is a 30 minute flight. Flights can be booked via a number of local agents including Mentawai Air. Some resorts which operate on the islands will arrange flights and airport pick ups for you. There is also an overnight ferry service departs from Padang. It is best to regularly check times with ferry operators as timetables can change depending on weather conditions.

Probably the easiest way to get to Sirebut is to join a trekking tour. These tours normally depart from Bukittinggi or Padang and will organise transport to the island. However, an independent travellers will need to be able to speak reasonable Indonesian to negotiate with local guides in Sirebut. They also must organise their own travel permits with police.

What do tourists know about Bukittinggi City? Well, most of them recognize it as the capital of West Sumatra Province belongs to Indonesia. Some of them are even aware of its tourism potential, so they keep coming to the region over time, especially during long holidays. Not only it becomes the governmental center of West Sumatra, the city was once the capital of West Sumatra and Sumatra Province! Moreover, in the past, it was called Fort de Kock and known as the birthplace of a famous person named Mohammad Hatta…

Langkisau peak tourism object is located at the edge of the koto Painan with a height of about 500 meters above sea level and it offers an inspiring beauty. Langkisau peak is an area of excellent Pessel which have tourism potential that should be developed, because this area is at a height so that people who visit will be able to see the beautiful scenery and fascinating about the city Painan and Sago District IV of Jurai. At night, will be more lively enchanted by beautiful night scenery that…

Siberut Island Becomes part of Mentawai Islands, Siberut is the largest island at the northernmost and becomes the main important island for Mentawai People.  The Mentawai tribe still maintains the lifestyle and traditions passed down from their ancestors from thousands of years ago. They live in houses locally called ‘uma’, made from wooden scaffolds which house contains several families each. Siberut is located in the Indian Ocean, approximately 100 km off the west coast of West Sumatra, and separated from the main island by the Mentawai Strait. The island…

Sawahlunto is one of provinces in Indonesia, precisely in West Sumatera, Indonesia. This town is located in 95KM Northeast of Padang and surrounded by 3 districts in West Sumatera, which is Tanah Datar, Solok and Sijunjung. Sawahlunto is divided into 4 sub-districts and it has 273,45 km², with populated by 54.000 people. During Dutch civilization, Sawahlunto was popular as coal mining town. After being a death town, during the closing of the mining, Sawahlunto nowadays becomes the growing city with multi-ethnicity inside the community, and awarded as the best old…

Hotel Deals of the Day